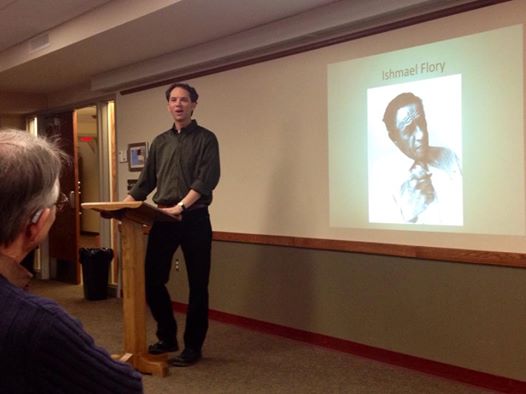 This month, I’m marching into Spring with two events where I’ll be talking about The Negro in Illinois: The WPA Papers. I’ll be at Figure One in downtown Champaign on Thursday, March 20, 6:00-7:00 p.m. The talk is part of an exhibition called Social Habitat: The Porch Project by Brooklyn-based artist Heather Hart. Figure One is UIUC’s School of Art & Design exhibition space at 116 N. Walnut Street in downtown (south of the Blind Pig). I’m thankful to Rehema Barber for the invitation.

I’ll also be a guest speaker at the Thursday night banquet for the 2014 Illinois State Historical Society Symposium titled “The Civil War Part III: Copperheads, Contraband and the Rebirth of Freedom.” It will be held at Booth Library at Eastern Illinois University. I’ll be speaking Thursday, March 27, 2014 at 8:00 p.m. after dinner. To register go here. To see the entire list of events click ISHS symposium program.

Thanks to the Urbana Free Library for hosting a wonderful book talk on February 15 that was well attended and where I sold out of books. In the above photo I talk about the legacy of Ishmael Flory, whose appearance at a 1940 congressional hearing was cited by WPA workers in The Negro in Illinois.

You can also listen here to an hour-long interview I did in February on Illinois Public Media WILL’s “Focus.”